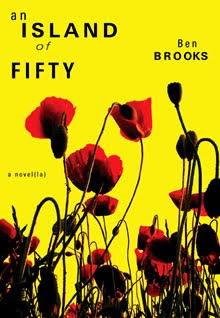 "Marsha lays paths & tears them up.

The mill is in sight.

Eyes are wretched chunks of light.

I carry in my palms her heart & it throbs with the pulse of a lion. She drinks oxblood on the island. There is a mill on an island. I am weary but my feet pulse with the throb of a chariot: ONWARD.

Marsha talks of beauty with the Hotelier. He is African-American. Watch his gargantuan jaw swell with words.

About Mud Luscious Press
Mud Luscious Press is an independent small press of aggressive and raw literature, founded and run by J. A. Tyler. The press publishes an online quarterly, a monthly chapbook series, and a novel(la) series. Current and forthcoming titles include: We Take Me Apart by Molly Gaudry (2009), First Year {an mlp anthology} (2010), When All Our Days Are Numbered by Sasha Fletcher (2010), I Am A Very Productive Entrepreneur by Mathias Svalina (2011), The Hieroglyphics by Michael Stewart (2011), and The Oregon Trail is the Oregon Trail by Gregory Sherl (2012).