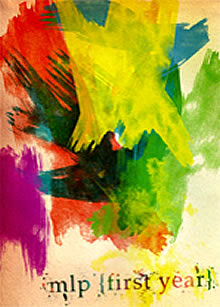 About Mud Luscious Press (+Mud Luscious)
Mud Luscious Press is an independent small press of aggressive and raw literature, founded and run by J. A. Tyler. The press also publishes the online magazine Mud Luscious Magazine and runs a novel(la) series including We Take Me Apart by Molly Gaudry (2009), An Island Of Fifty by Ben Brooks (2010), When All Our Days Are Numbered by Sasha Fletcher (2010), I Am A Very Productive Entrepreneur by Mathias Svalina (2011), and The Hieroglyphics by Michael Stewart (2011).