Travel Essay Sesaon at I Must Be Off! 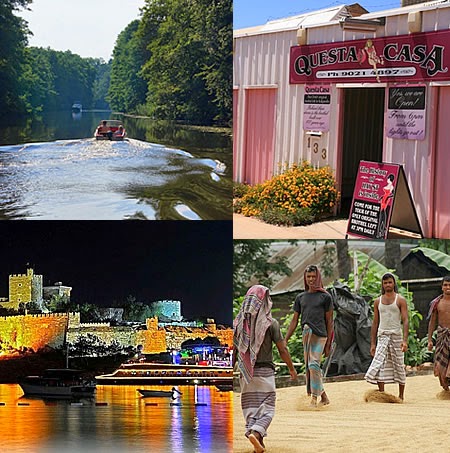 Travel Essay Sesaon at I Must Be Off!
The travel blog "I Must Be Off!" organized its second annual Travel Essay Contest. After collecting the entries in spring, a choice of the entries is now being presented in the blog. The first entries are online, and are reaching from Australia to Europe, and from nature trips to city stories:

Australia: The Scarlet Mile by Gillian Brown
"It is the first time I’ve visited a brothel... I’m in Kalgoorlie, the epicentre of gold mining in Western Australia. Gold was discovered here in 1893 and is now a 24/7, multi-million dollar operation. The Super Pit mine is half a kilometre deep and almost four kilometres long..."

Bangladesh: Harvest Time by Rilla Norslund
"The day starts dusty green, stretching as far as the eye can see in the grainy morning air; clouds are low and heavy and the threat of looming monsoon rains drives people out of their homestead before dawn. Morning light creeping across the fields finds the first of them, already perspiring, swinging scythes and sickles, bundling the dew damp rice, piling and shifting the bundles...."

Bodrum, Turkey’s San Tropez by Jack Scott
"Locals have confidently dubbed Bodrum the St Tropez of Turkey and while this accolade may not be entirely deserved, its smart marina, wealthy yachties, Tiffany Blue waters and tiers of sugar-cube houses make it the prettiest of the three Muğly Sisters.."

From Lake to Lake to Lake to Lake -- Rafting in Mecklenburg "We leave Munich for Mecklenburg Vorpommern at 3:00 a.m. and arrive at the campground where the rafting company docks its beautifully crafted rafts at 9:30 a.m. Six lovely hours in the car. According to the I Must Be Off! distance meter, that's 165 pop songs, 12 news reports (all reporting the exact same news, which can drive a person bonkers) and 3 talk radio programs on various topics---"

About I Must Be Off & Christopher Allen
Christopher Allen is the author of Conversations with S. Teri O'Type (a Satire), an episodic adult cartoon about a man struggling with expectations. Allen's award-winning fiction and non-fiction have appeared or are forthcoming in SmokeLong Quarterly's Best of the First Ten Years anthology, Prime Number Magazine, The Best of Every Day Ficton, Pure Slush, Bootsnall Travel and Chicken Soup for the Soul. A finalist at Glimmer Train in 2011, Allen has been nominated for Best of the Net and the Pushcart Prize twice.
Eingestellt von Dorothee um 7/22/2014 No comments: 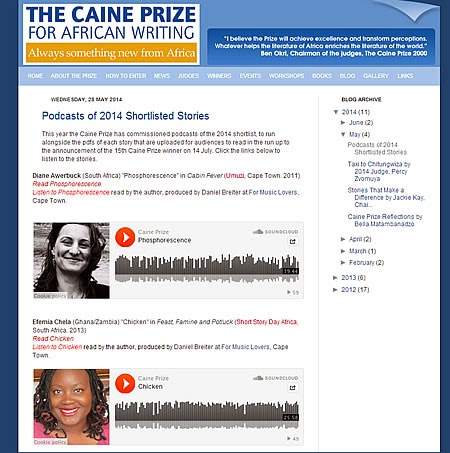