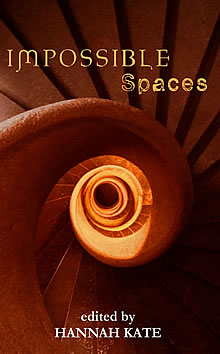 "Impossible Spaces" is a new collection of twenty-one dark, unsettling and weird short stories that explore the spaces at the edge of possibility.

The collection is available as paperback + e-book: Impossible Spaces

About Hannah Kate
Hannah Kate is a poet and short story writer based in North Manchester, UK. Her work has appeared in local and national magazines, as well as in anthologies. In her other life, as Dr. Hannah Priest, she is an academic researcher and writer. She blogs at HannahKate.net

"I Must Be Off" Travel Essay Competition: winners, links, destinations 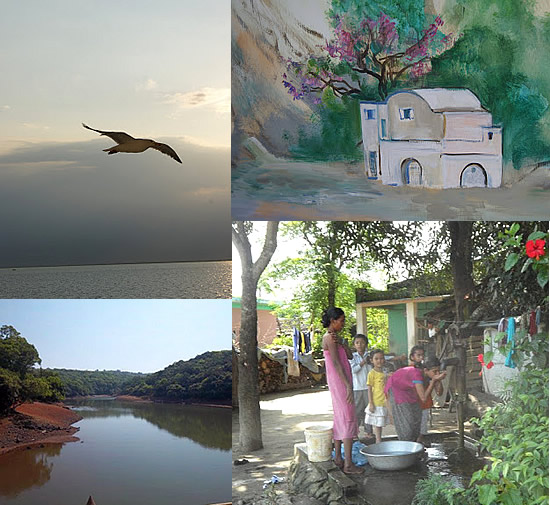 The travel blog "I Must Be Off!" organized its its first annual Travel Essay Contest. More than 80 travel essays went online, from destinations all over the world

Now the winners have been announced. Editor Christopher Allen explained: "Choosing the top twenty essays from the 87 sent in, many in the last few hours before the submissions deadline, was not so difficult; but I have lost a bit of sleep choosing the top two. One reason I decided to give two top prizes was because I knew there would be drastically different interpretations of the "travel" essay. And indeed, I Must Be Off! received so many different styles of writing--informative, humorous, reflective, academic, just plain fun, etc--that selecting only two is actually no fun at all. But it must be done."

Read the full announcement here: I Must Be Off! Travel Essay Competition

And here are the direct links to the winners and highly recommended reads,  in no particular order:

The WINNERS of the I Must Be Off! Travel Essay Competition:

The Children of Chitwan, Nepal by Hannah Thompson-Yates
"Jyoti. Jaya. Jyomi. Babita. Sangita. Sanju. Kamari. Nabina. Jeet. Samir. Bimala. Susma. Salina. Thirteen children, one bedroom and four beds. Four stone walls and a stone floor, with one ABC poster hanging from the door. Down the corridor they also have a kitchen, and nineteen year old Jyoti spends day after day preparing roti and dhal bhat for the family...."


God's Own Country by Saahil Acharya
"The boat ride took an inordinately long time to complete. Most of my companions dozed right through its duration, while a few occasionally woke up, peered through the windows at the water and the surrounding jungle, and went back to sleep. There I was, in a motorized boat, being taken around an artificial lake in the middle of Periyar tiger reserve in Kerala, India...."

About I Must Be Off & Christopher Allen
Christopher Allen is the author of Conversations with S. Teri O'Type (a Satire), an episodic adult cartoon about a man struggling with expectations. Allen's award-winning fiction and non-fiction have appeared or are forthcoming in SmokeLong Quarterly's Best of the First Ten Years anthology, Prime Number Magazine, The Best of Every Day Ficton, Pure Slush, Bootsnall Travel and Chicken Soup for the Soul. A finalist at Glimmer Train in 2011, Allen has been nominated for Best of the Net and the Pushcart Prize twice. He is the managing editor of the daily litzine Metazen. Recently, Allen--along with editors Michelle Elvy and Linda Simoni-Wastila--hosted Flash Mob 2013 in celebration of International Flash Fiction Day.
Eingestellt von Dorothee um 7/21/2013 5 comments: