In an Uncharted Country - Clifford Garstang 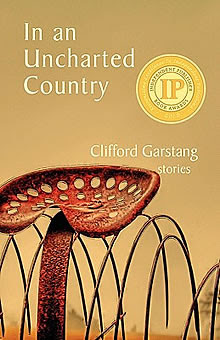 The award-winning stories that make up the linked collection In an Uncharted Country showcase ordinary men and women in and around Rugglesville, Virginia, as they struggle to find places and identities in their families and the community. They experience natural disasters, a sun-worshipping cult, Vietnam flashbacks, kidnapping, addiction, and loss. The book’s opening story, “Flood, 1978,” follows Hank, who comes to understand his father’s deep sense of grief over the death of his wife. Later, in “Hand-painted Angel,” Hank’s sons see the family spinning apart as their father ages and family secrets are disclosed. In “The Clattering of Bones,” Walt mourns the collapse of his marriage after the loss of a child, but in the collection’s title story he recognizes his emotional need for family. The concluding story, “Red Peony,” unifies the collection, as many of the characters from other stories come together for a tumultuous 4th of July Celebration.

Clifford Garstang received an MFA in Creative Writing from Queens University of Charlotte in 2003. His work has appeared in Virginia Quarterly Review, Shenandoah, The Ledge, The Baltimore Review, North Dakota Quarterly, Potomac Review and elsewhere, and has received Distinguished Mention in the Best American Series. He won the 2006 Confluence Fiction Prize and the 2007 GSU Review Fiction Prize and is a Fellow of the Virginia Center for the Creative Arts. He currently lives in the Shenandoah Valley of Virginia.

About Press 53
Press 53 is an independent literary publishing house located in Winston-Salem, North Carolina, and was founded in October 2005 by Kevin Morgan Watson. Other Press53 offerings for 2010 include Miracle Boy and Other Stories by Pinckney Benedict; the 1971 Pulitzer Prize-nominated novel Journey for Joedel by Guy Owen; the 2009 Spokane Prize for Short Fiction-winner Strange Weather by Becky Hagenston; and Rattlesnakes & The Moon by Darlin’ Neal.