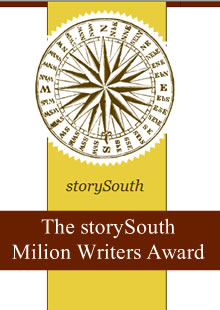 Great stories are being published online. The storySouth Million Writers Award for best online fiction of the year will help all internet-based journals and magazines gain exposure and attent.

Some general notes from Jason Sanford on this year's award: "A few surprises with this year's Million Writers Award notable stories. First, no author landed more than one story on the list. Second, there also was only one magazine with 5 notable stories (Asian Cha), one with four (Light Speed) and a number with three. Seems like the notable picks were really spread around this year by the judges."

About the Award + Top 10 Stories
The storySouth award was initiated and is organized by author and editor Jason Sanford. The story of how this award started during the time when online journals often weren't considered to be real publications by some, and is still online, here.

The award is for any fictional short story of at least a 1,000 words first published in an online publication during 2011. In the first phase, the Million Writers Award accepted nominations from readers, writers, and editors, gathered online in 2 pages: Reader nominations and Editor nominations

The top ten stories will be released in June. Voting on the top stories of the year will last for three weeks after the top ten stories are released. Thanks to donations, so far we have nearly $1000 in cash and prizes for the top three winners, including  (and the volunteer preliminary judges who assist with the award).