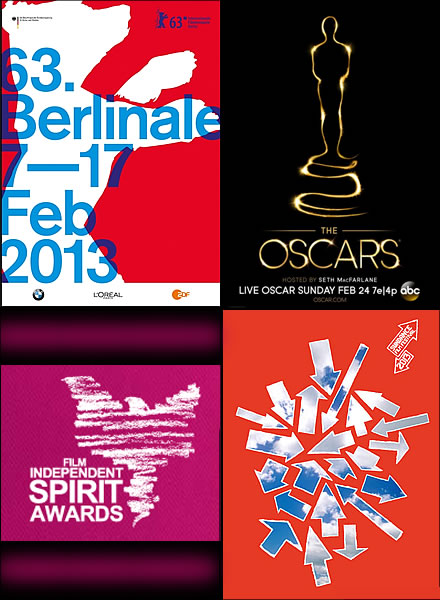 It's the season of film awards again - the countdown to the Oscar Awards has started, and in Berlin, the international film festival opened its doors, with more than 400 films.

All of the festivals have extensive websites, plus there are additional features and trailer pages. So even when you aren't there, you can visit virtually:

Email ThisBlogThis!Share to TwitterShare to FacebookShare to Pinterest
Labels: film